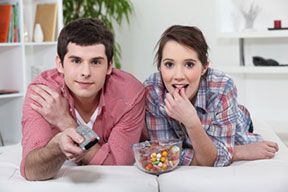 (NewsUSA) – Interest in and appreciation for independent films remains strong and growing, as the widespread success of many independent films in recent years indicates. Examples include “The Pool Boys” with Matthew Lilliard, “Deal” with Burt Reynolds and “Drunkboat” with John Goodman.
The success of the independent film industry makes it a potential target for savvy investing. Businesses that provide distribution services of independent American films to foreign markets may be well positioned for growth and profit. The modest budgets of independent films provide an opportunity for investors to feel involved.
Distribution remains a challenge for independent films, so seeking out companies with a solid base of experience and success in distribution is worth the effort. One example of a company with strong potential is The Movie Studio. The company describes itself on its website as “a vertically integrated major entertainment and motion picture and production” company that is working to build a library of independent films to bundle for distribution.
Gordon Scott Venters, President and CEO of The Movie Studio, founded the company and brings more than 23 years of experience to his position.
“We want to give our followers, shareholders and supporters the chance to be a part of what we see as one of the newest hot studios providing full services in distribution, creativity, and complete production from South Florida,” Venters said in a press release announcing the acquisition of 14 films from Seven Arts Entertainment (SAFELA).
The Movie Studio business model involves creating its own films as well as distributing other independent films. The company offers production equipment, an editing suite, and even its own talent division. Services cover the full spectrum of filmmaking, from preparation to the final wrap.
The company is a mirco-cap publicly traded company (OTC-MVES). According to Venters, “As we accelerate towards implementing our growth by acquisition strategy, the bundling of the independent movies currently in production and development with others we acquire will all be presented for worldwide distribution at the largest film festival in the world, the American Film Market (AFM), in Los Angeles November 3rd. Venters is focused primarily on shareholder equity and residual value being the objective of management.”
Other ventures from The Movie Studio include music videos, television shows and other intellectual properties.
For more details, please visit www.themoviestudio.com.

More about:
Yoga, Fitness and Pilates Studio Software – How do Choose Best Software for studio?