You are here: Home / Family / Some of the Biggest Misconceptions About Life Insurance 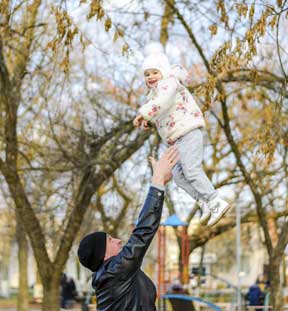 – So much for fancy cars, houses and jewelry.Eighty-one percent of Americans believe their "most valuable asset" is their family, according to a new survey by Edward Jones and the nonprofit consumer-education organization Life Happens. And one quarter of respondents in the national sampling of adults confessed that their biggest fear was saddling their nearest and dearest with unexpected financial burdens if they’re unable to work or die prematurely.Which begs the question: If we’re so worried about protecting what we treasure most, why don’t more people have life insurance?Ask most experts, and they’ll tell you that such policies can help provide crucial resources for anyone with loved ones to support. And yet the latest figures show only 41 percent of U.S. households have individual life insurance."Most Americans have little or no safeguards for their financial goals," says Ken Cella, principal of the Client Strategies Group at the financial services firm Edward Jones. "They may understand the value of having emergency funds to cover unexpected financial expenses in the short term, but they’re less protected for the long-term financial implications."Faisa Stafford, president of Life Happens, puts it even more bluntly: "Emergency savings aren’t a long-term financial solution, especially if a family’s primary breadwinner were to die."Much of the disconnect between what we’ll call "the urge to protect" and the reality on the ground can be blamed on one or both of the following misconceptions:* It’s too expensive. Think of this as the equivalent of the alligators-in-New-York-City-sewers myth. When Life Happens and LIMRA, a global life insurance research and consulting group, asked participants in their 2017 Insurance Barometer Study how much a $ 250,000 term life policy for a healthy 30-year-old would cost, NerdWallet reports, the median estimate was $ 500 a year – more than three times the actual annual amount of $ 160.But let’s say that would-be policy holder wanted even more protection for his dependents. Forbes magazine recently calculated that that same incorrect median estimate – $ 500 – would buy a healthy, non-smoking, 30-something male a 20-year term policy with a million-dollar death benefit. Some people spend more than that in a year on caffe lattes.That said, prices do vary based on factors like age, health, amount of coverage, and whether you opt for term or permanent insurance. The former – the most affordable – covers a specific time frame (usually 20 years or less), while the latter stays in force for life (as long as you continue to pay the premiums). Online aids like Edward Jones’ complementary Life Insurance Needs calculator can help with factors to consider when determining how much life insurance may be appropriate for you. * The policy I have through work is good enough. And if you’re no longer employed there? Not only is group life insurance generally not portable, it typically only provides benefits equal to one or two times your annual salary."Growing families usually need greater protection than that," says Scott Thoma, an investment strategist at Edward Jones, "and they need coverage that’s not contingent on work status."Know that life insurance doesn’t simply assign a monetary value to someone’s life. Which brings us to another revealing finding of the Edward Jones-Life Happens "Protect What Matters" survey.Twenty-three percent of participants didn’t know it can even cover expenses like college tuition for a surviving child.Edward Jones is a licensed insurance producer in all states and Washington, D.C., through Edward D. Jones & Co., L.P. and in California, New Mexico, and Massachusetts through Edward Jones Insurance Agency of California, L.L.C.; Edward Jones Insurance Agency of New Mexico, L.L.C.; and Edward Jones Insurance Agency of Massachusetts, L.L.C.

More about:
Could Egg Freezing Be Right for You?