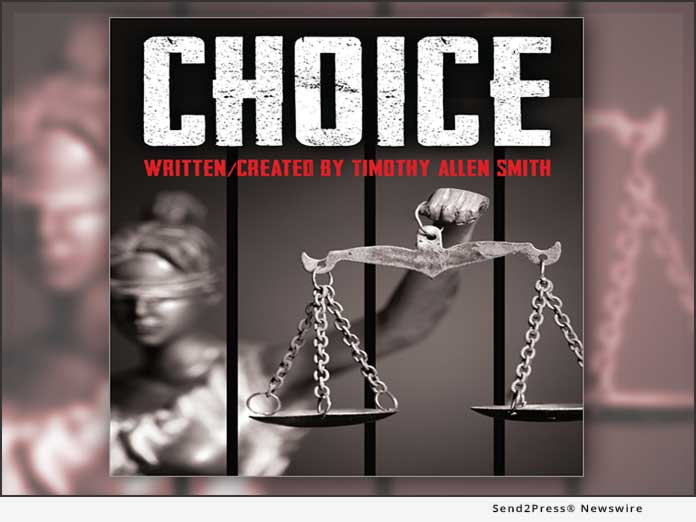 Smith, who followed up Love Jones with “Neighborhood Barbershop,” starring Academy Award winner Mo’Nique, is back at it with “Choice.” After dealing with such topics as black love on Love Jones and black family on Barbershop, Smith is not shying away from more controversial subject matter this time around.

“It’s important as story tellers that we don’t run from relevant topics, particularly when you’re talking about people of color,” says Smith. “Gospel plays and comedies focusing on family are great, but those aren’t the only stories we can tell. We have to reach beyond subject matter considered safe for African American writers because, when it comes to issues that affect all of us, our unique cultural experience offers a unique insight that needs to be heard.”

Smith says he wants to change the narrative. “The mere fact that something I wrote almost twenty years ago is more relevant today than it was then speaks to exactly where we are as a nation. We have to reframe the conversation so that it’s less about changing anyone’s mind and more about gaining understanding.”

One thing that won’t change with “Choice” is Smith’s commitment to creating strong female leads. The show features one of his most compelling characters to-date. “When writing Choice, I honestly didn’t set out to make any kind of political statement,” says Smith. “We had been auditioning for another show and one of the performers blew us away in her audition. I was so inspired by her performance that I went home that night determined to create a character I felt would challenge her. That is where the character Michelle was born. I even named her after the young lady who auditioned that day.”

Smith and team had a similar experience auditioning Ani Marderosian for the role of Kim in Choice. “When Ani walked in the room, I didn’t want to let her leave. I kept asking the poor girl to stay and read again and again because, quite honestly, she embodied everything I was looking for and she made it look effortless. Talent like that is rare.”

The role of Anna is being played by stage and TV veteran Joey Jupiter-Levin who, Smith says, is special. “Every great story needs a great antagonist, and every great antagonist has great charisma. That’s Joey. She’s just one of those rare performers you can’t take your eyes off, even when you want to hate her.”

Smith is willing to tackle a controversial subject even though he knows it comes with some risk. “Anytime you deal with a divisive issue, you have to be willing to piss somebody off,” admits Smith. “But at the end of the day we have to decide who we are. This nation was literally founded on the concept of self-determination and, the reality is, that’s not always going to be pretty. People with free will and the right to decide for themselves are not always going to make choices you agree with. To me, the question is, do we still believe in a society where every citizen has the right to choose their own path?”

Author, activist, producer, and playwright Timothy Allen Smith is a native of Philadelphia. Currently based in Los Angeles, his latest project, “Choice” is set to open at The Beverly Hills Playhouse on September 7 and run through September 29.

Tickets for Choice are available for $25 at http://ChoiceTickets.EventBrite.com.

To keep abreast of the writing adventures of Timothy Allen Smith, check out http://TimothyAllenSmith.com