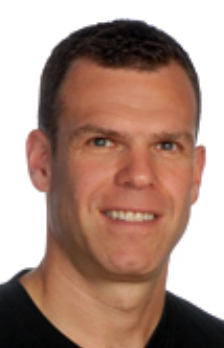 HOLLYWOOD, Calif. – June 16, 2017 – PRLog — The Technicolor Experience Center (TEC) is working with HP and NVIDIA® to realize an ambitious and highly unusual project: to create, in virtual reality, the buildings and vehicles for a planet Mars in the near future that is capable of supporting a human population of one million people.

As Sean Young, worldwide segment manager for product development and AEC (architecture, engineering and construction) with HP Inc. explains in a podcast interview for journalists, this will not be some science fiction fantasy divorced from reality.

Instead, the HP “Mars Home Planet” project will reflect the considered projections, analysis and imaginations of experts in architecture, engineering and construction using the software tools they employ every day in their work.

“We’re not trying to figure out why a million people are on Mars,” he says. “We are just accepting that there are a million people living a happy life on Mars. This implies a number of innovations in technology and we wanted to tap into the collective human imagination and inspiration for really reinventing life on another planet. There is so much talent and capability among architects, engineers, civil engineers and designers. The idea was to tap into all this brainpower and apply it to something nobody is doing in their day job.”

Young says HP and NVIDIA are creating the platform and network for these professionals to collaborate with each other using the design software they use on their jobs and then realizing those designs in virtual reality.

“We are asking them to use their tools to create vehicles and buildings for life on Mars for a million humans and we’re using the Unreal game engine to bring these buildings and vehicles to life in a virtual reality experience.”

Technicolor, he says is playing a key role in the project.

“To ensure fidelity and professional grade quality and a fantastic end-user experience, the TEC is going to oversee the virtual reality development process of the work that is going to be done by collaborators from all over the world.  Technicolor is the industry leader in special effects and they are working with the community to manage the pipeline of the VR experience. It is an incredible opportunity for anybody from anywhere in the world that is interested in VR to work with Technicolor.”

To access the entire podcast interview with Sean Young visit:

Journalists and analysts are free to pull quotes from this Q&A feature with attribution in media and market reports. For more details and context, contact: