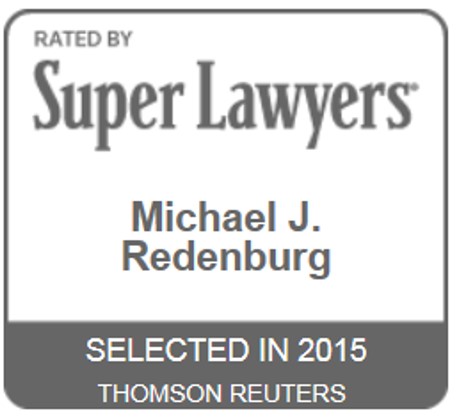 NEW YORK – May 20, 2017 – PRLog — The NYC law firm of Michael J. Redenburg, Esq. PC successfully represented a client at her Refusal Hearing who had retained the firm to represent her in her DWI criminal court matter. As a result, the firm’s client avoided a one year driver’s license revocation.

The law firm’s client was charged with driving while intoxicated and was also alleged to have refused a chemical test for the presence of alcohol in her system. Under the law, New York drivers have consented to a chemical test by virtue of the operation of a vehicle within the State of New York pursuant to VTL §1194(2)(a). When a police officer alleges that a driver has refused to submit to a chemical test for the presence of alcohol in their breath, blood or urine, a separate penalty imposed by DMV of a one year license revocation can be imposed on the driver for refusing to submit to the test. At the criminal court arraignment, the driver’s license is immediately suspended until the DMV Hearing is held.

In the case of the firm’s client, the client was asked questions by both the judge and her attorney. The client denied certain written allegations made by the police officer and the Administrative Law Judge held that the client’s testimony was credible. The judge therefore held that the officer’s allegation that she had refused to submit to a chemical test was not established and the client avoided a one year license revocation.

Michael Redenburg represented the client and regularly represents individuals throughout the City of New York charged with criminal offenses. Mr. Redenburg has been recognized by three (3) different organizations which are invitation only and peer reviewed. In 2014-2016 Michael Redenburg was named a SuperLawyer, NY Metro Rising Star by Thomson Reuters and no more than 2.5% of lawyers in a state are given this rating. Attorney Redenburg was also named a Top 40 Under 40 attorney by American Society of Legal Advocates (“ASLA”) and ASLA limits its membership to less than 1.5% of all licensed lawyers nationwide. Additionally, in 2014-2016 Attorney Redenburg was named Top 40 Under 40 by The National Trial Lawyers, which is invitation only, based on nomination and peer reviewed.