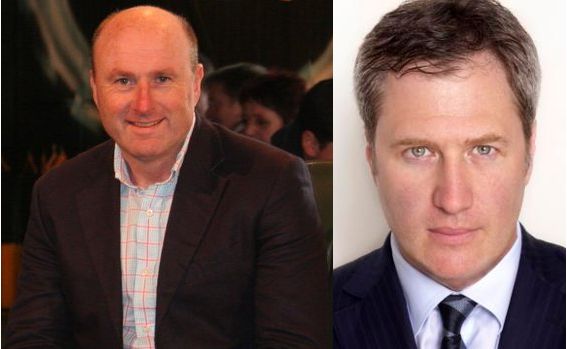 Mr. Breen is a former senior equity partner in the 400+ partner and 40+ office law firm of Clyde & Co, whose head office is based in the City of London, England. Mr. Breen specialized in all aspects of sports and entertainment law. He has extensive experience of event based entertainment having been responsible for the legal documentation relating to the world famous UK music awards known as the Brit Awards.

A veteran of the music and film industries, Jordan Schur has garnered a reputation for creating and overseeing innovative and highly profitable ventures. Mr. Schur’s first major success was Flip Records, a music label he created in 1994 that launched the careers of world-renowned artists such as Limp Bizkit and Staind. Under Mr. Schur’s guidance, Flip Records went on to sell over 70M records, as the company became a legendary brand in music.

More about:
Entrepreneurs Stir Up Industry with Convenient Cocktail Mixers

In 1999, Mr. Schur began his successful tenure as President of Geffen Records at Universal Music Group where he merged the original Geffen Records with MCA Records and DreamWorks Records. The newly expanded company went on to become the market share leader in the industry generating over 2B dollars in sales. Mr. Schur has worked with some of the world’s most successful chart-topping artists ranging from Nirvana, Guns N’ Roses, Snoop Dogg, Mary J Blige, Rob Zombie, Ashlee Simpson, Sigur Ros, Common, The Roots, Sonic Youth, Blink 182, Enrique Iglesias, Beck, Nelly Furtado, and Counting Crows to name a few.

“Michael Breen and Jordan Schur bring a wealth of experience and knowledge of the entertainment industry to the Wizard World Board of directors,” said Paul Kessler, Chairman of Wizard World. “They will be instrumental forces as the Company continues to find new and creative ways to maintain our commitment to providing a high-quality entertainment value for fans while enhancing value for shareholders and increasing revenue through various sources, both within the convention structure and in new initiatives.”

More about:
How to Sit Through a Movie in Comfort

The 2017 Wizard World convention schedule is available at: http://www.wizardworld.com/comiccon.