You are here: Home / Business / Waldorf Youth Organization Suspected Embezzlement, Bullying, And Safety Concerns Demand For The Immediate Removal Of The Organization's President 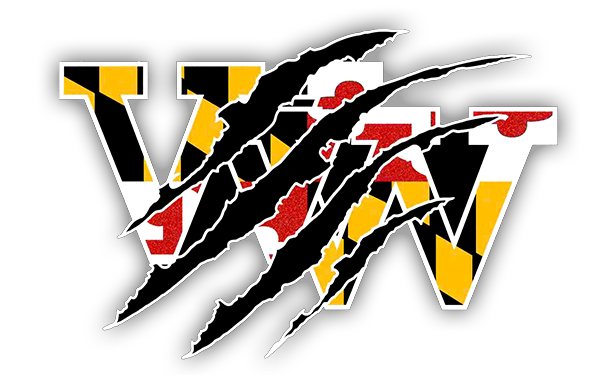 WALDORF, Md. – June 9, 2017 – PRLog — Waldorf Wildcats youth sports organization in Charles County Maryland, known mostly for its football and cheer program, has had a string of detrimental and damaging infractions involving the leadership of the non-profit 501(c)3 “all about the kids” program has surfaced.These are implications that could mean the end of a forty-year program if the current President Richard Cowans and key board members are not removed.

In 2015 the former President of Waldorf Youth Sports Inc resigned due to personal reasons. In the 2016 season the then Vice President Ricard Cowans was elected President. In addition to Mr. Cowans election of President, key boards members were selected in strategic voting and decision-making roles. These roles were President Cowans wife, Vanessa Cowans as Secretary, and close friend Brenda Washington as Treasure, forming a biased favorable administration?

Maryland Business Entity Search for Waldorf Youth Sports Inc, was showing “NOT IN GOOD STANDING” due to failure to file tax returns for over 4 years (Data may have been corrected)  which was also confirmed in writing and by phone with the Maryland Business Tax and Assessment department, this was the same status the entire season of 2008-2016 which raises the question again, what is this leadership doing with the monies collected from registrations? And why are they illegally collecting funds from parents. Youth organizations are required by law to have insurance which could be in default due to the organization’s status,

I can not tell you with sure facts what this leadership is doing with the registration money, but I can tell you what they are supposed to be doing, but are in fact not doing. (1) Sanitizing equipment; several youth participants in all age groups were issued dirty, un-sanitized, moldy shoulder pads and helmets.
(2) Old Uniforms; Parents in 2016 season new uniforms were promised, but, all the youth were issued old ripped uniforms, unclean uniforms, and retaliated against if they questioned this or supplied new clean uniforms for their kids.(3) Secure equipment; Most of the parents were issued broken-faulty helmets, according to standards set by the National Operating Committee for Sports Equipment. This is the most important piece of equipment, as football helmets provide the best protection from concussion and should be replaced and re-certified, every 2 years, cleaned, inspected, and re-certified regularly.

There were several incidents in the 2016 season where the President displayed lude acts of bullying and disorderly conduct, in particular the President Richard Cowans, 2 incidents stand out. In 2016 President Richard Cowan was witnessed by several parents, visitors, and youth participants at a”home coming game” scolding, verbally assulting, and using lude foul language with a coaching staff member. According to a parent who has a child on the team, this was because the coach of the 7-year old youth team, the parents decided on their own to form a fundraiser to raise money to purchase new football jersey’s. This incident was traumatizing to the youth that witnessed.

Many parents and visiting by-standers were disturbed by this conduct and sent complaints, however, complaints and any enforced disciplinary actions are decided by the board specifically the Presidents wife, board Secretary, and close friend Board Treasurer, and enforced by the President Richard Cowan, who is also the person the complaint is filed upon.

In the same 2016 season the President of the Waldorf Youth Sports Inc. who is also the head coach of the 12U football team, which is a clear disregard for the bylaws, that state the President is not permitted to be a head coach of any team, the President can be the Assistant Coach. President Cowans decided that the bylaws did not apply to him. A second board member reported in confidence that Cowans and his wife modified the bylaws to work in the best interest of Cowans, his wife, and friend Brenda Washington.
K) The President shall be excluded from holding any head coaching position on any team. The President may be an assistant coach if it does not interfere with his/her duties.

Article 10: Code of Conduct
10.1 The Code of Conduct:
A) All players must sign and have countersigned by their parents (both), parent (if single) or legal guardian(s) the WYS Official Code of Conduct prior to the end of Practice Week 3;
B) Failure to do so may result in suspension or removal from team;
C) All coaches, WYS volunteers and board of directors must sign and return the Code of Conduct;
D) Allegations or evident violations of the Code of Conduct shall be reported to the Disciplinary Committee for review; The Disciplinary committee shall consist of no less than (3) members and shall be appointed by the President; The Disciplinary Committee shall report any findings or recommendations to the Board of Directors; the Board of Directors shall maintain sole authority to render sanctions or decisions on players, coaches or volunteers and no other WYS representative shall intervene or render decisions thereunto pertaining.

But again, complaints and any enforced disciplinary actions are decided by the board specifically the President who is also the person the complaint is filed upon. Are you starting to see the formation of a favorable administration? But wait there is more. Yes more.

Fast forward to 2017, the parents are starting to see history repeat itself, more bullying, more funding un-accounted for, more retaliation against parents, coaches, and other members that speak out, business entity not compliant, insurance in threatened default due to the status, bylaws not listed or available, bias board formation, and more.

Now that this information has been made public, what will be the responsibility of the leagues that the organizations are currently participating in since they require that the business entity be valid and have valid insurance. Given the status of Waldorf Youth Sports Inc. The requirements have not been met.

This seem to be an ongoing trend in youth-sports, until someone decided to investigate the inconsistencies according to the New York Times article by Bill Pennington where board members were removed for retaliation, abuse of authority and or arrested on charges of embezzlement and fraud. Investigators and prosecutors state that sadly this behavior involving youth sports has become common, but not tolerated, offenders will be prosecuted.

In a summary of all that you have just taken in, the Waldorf Youth Sports Inc., publicly known as the Waldorf Wildcats President Richard Cowans, wife Vanessa Cowans, Secretary, and close friend Treasure Brenda Washington, are all implicated in the following acts of loss of confidence that are cause for immediate removal of position and affiliation.

For these reasons, the by-laws state that these are immediate grounds for the removal of President Richard Cowans, wife Vanessa Cowans, Secretary, and close friend Treasure Brenda Washington. Our board member sources, parents, and coaches fears retaliation toward them and their children if this were to be addressed in an arbitration or board setting, especially since 3 votes are coming directly from the very people that set the rules.

This begs the question, what are you going to do to fix this 40-year establishment and protect it, and the youth from this leadership?” As a paying member, you have ownership in the organization.