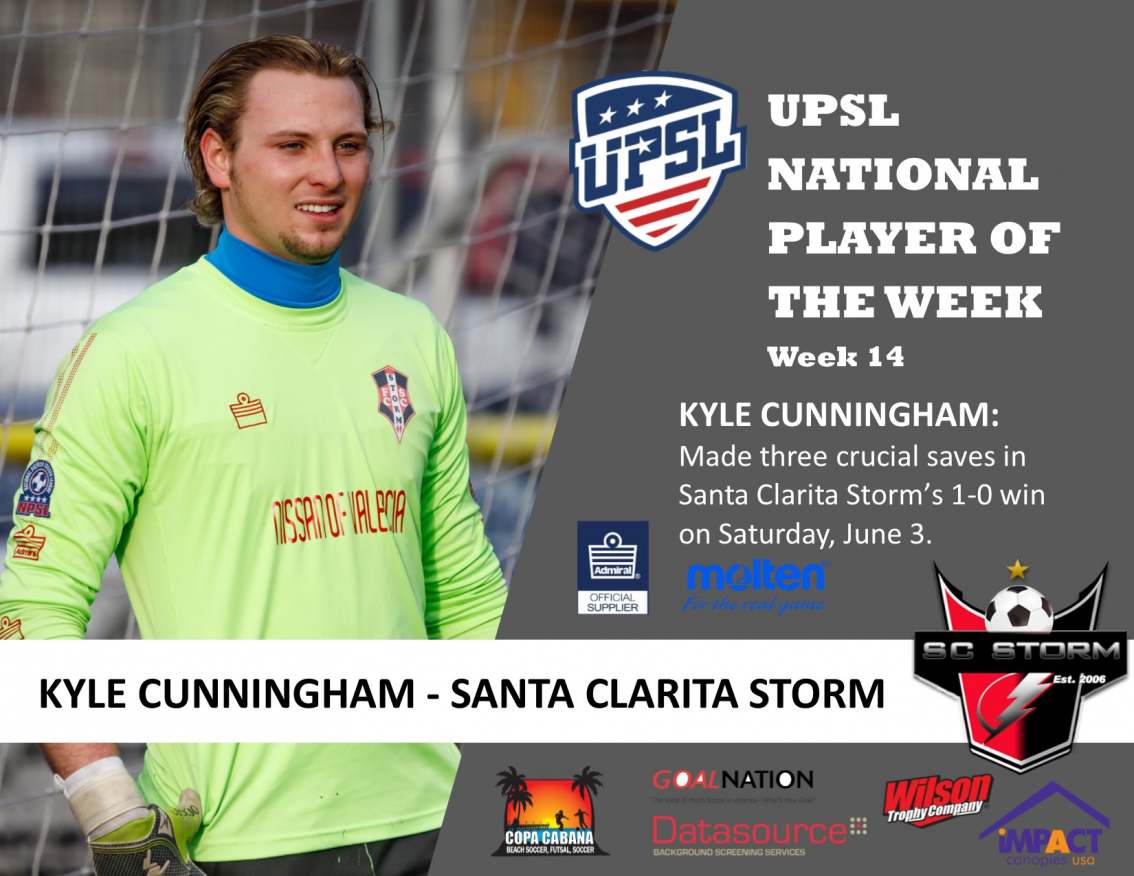 Cunningham started and played 90 minutes between the pipes for Santa Clarita Storm (5-4-3 overall), which moved up to eighth on the UPSL’s Pro Premier Division Western Conference table with the win.

A graduate of The Master’s University and a three-year starter for the Mustangs’ NAIA men’s soccer program, Cunningham has played for SC Storm during the last two seasons.

The UPSL National Player of the Week is selected each week of the regular season by members of the league and journalists covering the UPSL.

The UPSL was formed in 2011 and currently includes more than 60 teams in Arizona, California, Colorado, Florida, Idaho, Nevada, New Jersey, New York, North Carolina and Utah. UPSL is the fastest growing Pro Development League in the USA, with 80-plus teams targeted for 2018 Spring Season.

Each UPSL team is individually owned and operated, and is responsible for maintaining either UPSL Pro Premier Division or Championship Division minimum standards. UPSL teams are all eligible to participate in the U.S. Open Cup Qualifying Rounds through the league’s affiliation with the U.S. Soccer Federation (USSF) and the United States Adult Soccer Association (USASA).

More information about UPSL can be found at http://www.upslsoccer.com or by following the league on Facebook (http://www.facebook.com/upslsoccer) and Twitter (@upslsoccer).