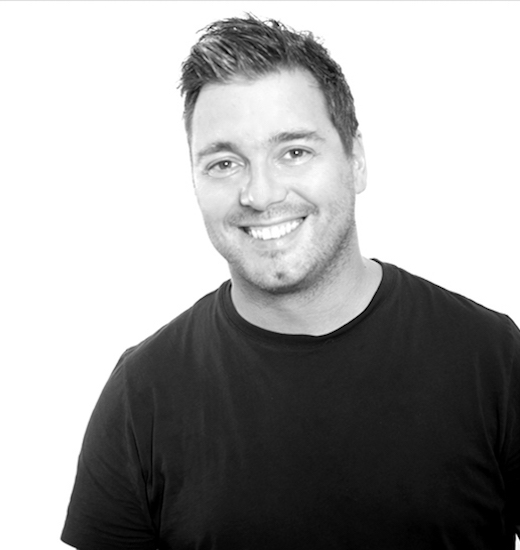 LOS ANGELES – Feb. 6, 2017 – PRLog — Yesterday’s Super Bowl has once again served as a platform to showcase the state of the art in innovation for television advertising. That said, almost all of the campaigns were linked to a growing range of media – including interactive, social … and increasingly immersive applications – to amplify and further engage audiences. The complexity associated with not only delivering a consistent message, but maintaining a consistent level of quality across these mediums is rising dramatically.

It all adds up to the need for a much higher level of planning and collaboration among brand managers, ad agencies and VFX studios that must collaborate to get a client’s message to market in an effective and compelling manner. These are among the observations shared by Phil Crowe, Executive Creative Director for The Mill, a VFX/creative content studio and a Technicolor company, during a recent podcast interview.

“From a VFX standpoint, what we have seen develop in recent years is that we seem to be getting closer to the head of the event. In terms of technology … we are seeing that the interactive dimension of all of this – including social media – is much more considered now. That is requiring VFX talent to be included in the up-front conversations. Today it is not just about having one spot … it is about helping our clients through a comprehensive integrated campaign,” he says.

Take the work that The Mill contributed to the Intel ads featured during the big game (see a sample here: http://www.themill.com/millchannel/1016/super-bowl-51%3A-…). The technologically advanced and VFX-intensive spots throughout the game were impressive on a stand-alone basis, but the campaign was significantly enhanced by an elaborate social media campaign with 15 visually compelling touch points that directly linked to the commercials’ airing throughout the Super Bowl.

“It was interesting, because the approach [to the social media campaign] emerged through the process of the original commercial that we were shooting. Through interactions with the client and the agency we realized that The Mill could support the social media effort. It worked out great because we had the context of what was happening in the larger initiative, and then we could bring a consistent level of quality to the smaller scale elements of the campaign. This turned out to be really important since we wanted to maintain the same standard of experience with all audiences,” explains Crowe.

Role of VFX in Tailoring Messages to Massive Events

The Mill was also tasked with leveraging VFX to link advertising campaigns with the main event itself. The studio’s work with Tide was specifically designed to tie their message to the lead up to the Super Bowl (a link to the ad can be found here: http://www.themill.com/portfolio/3458/tide-%7C-restain).

“Tide wanted the commercials to be big and to be tied closely to the players that were participating in the Super Bowl. So if you think about this from a production point of view … the shooting needs to take place way early … even before the conference championships have been played,” says Crowe.

The Mill huddled with the client, the agency, and the production company to work out the multiple combinations of possibilities of who and what to capture — in this case: specific announcers, players, places and fans associated with the Falcons, Packers, Patriots or Steelers.

Knowing that going in, The Mill scanned the entire stadium ahead of time, and based on the scan, began to work out the different models, measurements and data sets necessary to build out a virtual stadium that could then be filled with the crowds that would be cheering for the eventual finalists.

“This allowed us to prep for the different colors, the different uniforms that would be worn by the fans which we would then show on the commercial. This was all pre-planned and really-well thought out. It illustrates how important it is for the entire team – the agency, VFX and everybody else – to work with the director to get the key vision across — and most importantly: ensure that the message the client wants to send out during the Super Bowl is delivered.”

The outcome was seamless.

“The ironic thing about our job is that you should not be able to tell where we have been. This is what we do every day … but I wonder if anyone watching the Super Bowl wonders how we managed to make such an elaborate commercial about people at the big game … during the game itself.”

The VFX technology that is making magic on the flat screen is also being used to extend persuasive communications campaigns to increasingly immersive experiences, such as virtual and augmented reality. According to Crowe, events like the Super Bowl, the Olympics, World Cups and others lend themselves very readily to advertising campaigns that leverage augmented and virtual reality components.

“And those in turn must connect to the interactive and social media elements. You cannot think of these things in a vacuum. From our perspective at The Mill, production shoots will have to envelop all of these elements. I think this will be especially true for celebrity driven projects. Our clients and partners increasingly realize that every single production going forward will probably have to have VR, AR and social media components to them,” he says.

As a result, managing the production pipeline becomes an integral part of the solution.

“The major trends are driving more complexity while schedules are being truncated. So you do have to sit down with the client and have a much more comprehensive conversation on the front side of projects to really nail down what, how and when things need to progress through the pipeline to achieve artistic, commercial and financial success within the established timelines. These conversations strengthen relationships and lead to great projects,” Crowe concludes.

Journalists and analysts are free to pull quotes from this feature with attribution in media and market reports. For more details and context, or to schedule an interview with Crowe, contact: