You are here: Home / Sport / Santa Clarita Launches a Pro-Am Women's team in 2017 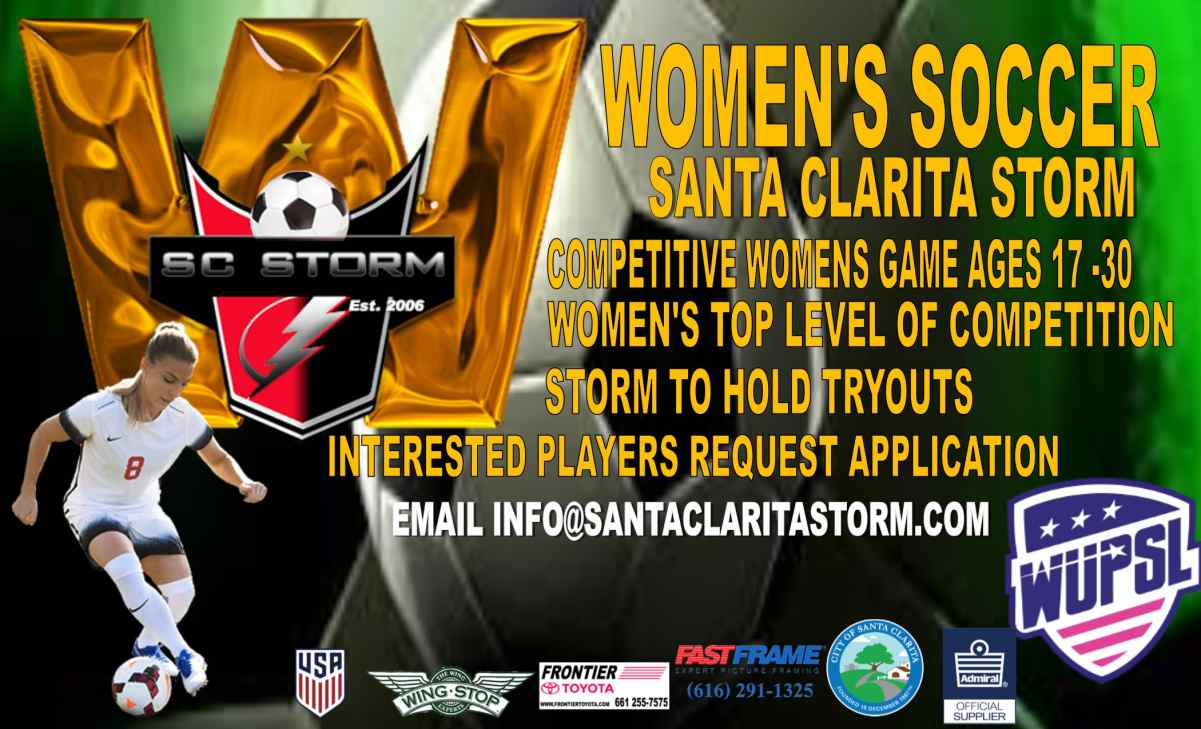 SANTA CLARITA, Calif. – Feb. 19, 2017 – PRLog — Santa Clarita Storm announced it has launched a Pro-Am women’s team. The Storm will be holding tryouts for top level Women who desire to play at a high level of competition.

The Santa Clarita Team has since 2006 fielded the Men’s Pro-Am team with success in assisting young talented players to the next level of professional soccer. The Storm will now offer the same opportunity to the talented Women that participate in the WUPSL.

The Storm will hold tryouts to form a roster to 25 competitive women that will train and play matches throughout Southern California in preparation for the 2017 WUPSL season.

The United Premier Soccer League(UPSL) has recently announced the opening of the Women’s Pro-Development League (WUPSL) and will apply the same success principals that have led to the success of the UPSL. UPSL now with teams stretching across the United States from California to New York. Recognized by US Soccer Federation and the United States Adult Soccer Association has such.

It is Santa Clarita Storms Women’s team intention to dip in to the over abounded of talent within the City of Santa Clarita and surrounding areas.  “We feel with the number of talented Women that is within the Santa Clarita territory we should have no problem finding the players we will be rostering” said the Storm head coach and director of coaching Oscar Moreno. “We believe we will have no problem to assemble a strong competitive team to compete in the WUPSL has we have done with the Men’s side.” Moreno went on to say.

Storm request that interested players send their last two years of soccer history to info@santaclaritastorm.com and we will reply with a player application and the tryout information. (these are private tryouts)