An entirely new perspective on the Japanese attack against Pearl Harbor. 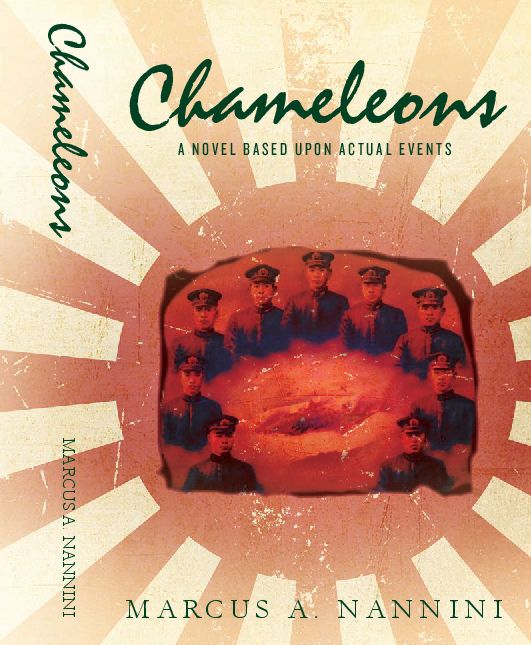 CAREFREE, Ariz. – Feb. 9, 2017 – PRLog — Chameleons approach to the “date which will live in infamy” is from the seldom-seen perspective of an Imperial Japanese Navy midget submariner. The author sets forth a strong argument that members of the Imperial Japanese Navy succeeded in melding into the local Japanese population, never to be discovered.

In focusing on who, perhaps, is the ultimate “illegal alien” Marcus Nannini turns our attention to Lieutenant (junior grade) Masaharu Yokoyama. Yokoyama was the most qualified of the five midget submarine commanders who were sent to attack Pearl Harbor on December 7, 1941. He was charismatic, courageous, focused and lived by the words: “Vision, Spirit, Patience and Honesty.”

Nannini transports the reader from the image of sailors crawling for their lives over the hull of the capsizing U. S. S. Oklahoma, into modern day Oahu, and points in between with seamless transitions as the life of Yokoyama is peeled open for inspection. Nannini uses no fewer than 16 images to bring to life the people and events depicted in this harrowing tale of courage in the face of nearly overwhelming odds.

It is a story of courage, questioning moral certainty, duty, honor, and, above all, doing the right thing without regard to potential negative consequences.

What they are saying:

“A well-written novel requires an author to master many skills.  For me, the most important is to keep the reader so engrossed that he or she finds it hard to take a break.  Based on this…, Chameleons is such a story.” Don Westenhaver, Southern California Writers Association.

“Overall, I thought it was a great story. I liked your transitions and use of flashbacks, as well as your approach for the presentation of Chameleons.” John Bean, EBooks2Go.

“Chapter Fourteen (the Plank Bar) is the best chapter of any book I’ve ever read.” David S. Mathias, Rebel Woodworking.

Marcus Nannini began his journalistic career when he published his own newspaper in the sixth grade, charging twenty five cents for the privilege of reading the only printed copy of each edition. During his undergraduate years Nannini was a paid reporter and worked three semesters as the research assistant for journalism professor and published author Richard Stocks Carlson, Ph.D.

Nannini is a life-long history buff with a particular interest in World War II and the Pearl Harbor attack. His continuing curiosity over several Japanese aerial photographs and the turtling of the U.S.S. Oklahoma lead him to write Chameleons, first as a screenplay and now as a full-length novel.

More than four months of research were devoted to Chameleons, underscoring Nannini’s efforts to painstakingly recreate the experiences of his protagonist, “Ken Kida,” both prior to, and following the Japanese attack on that fateful Sunday morning, December 7, 1941.

Nannini has six World War II non-fiction magazine articles appearing in World at War and Strategy and Tactics magazines in the near future. His next novel in the series, Geographic Treachery, will soon be available.

Look for his non-fiction book: Dinner with Himmler, to be out soon.