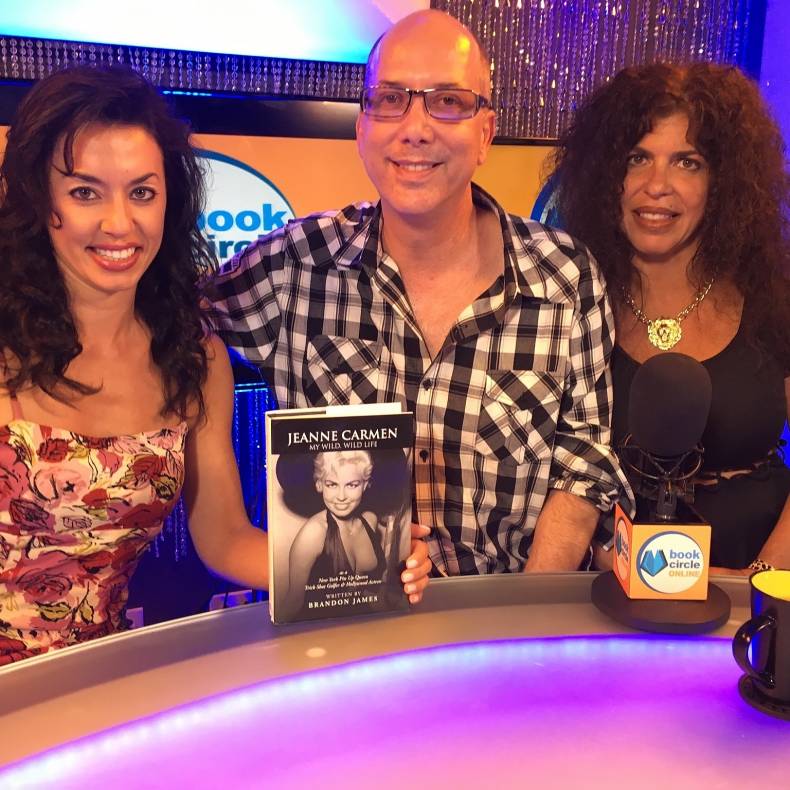 Entertainment reporter Katerina Cozias interviews author Brandon James and his sister Jade about their mother pinup icon Jeanne Carmen and her friend Marilyn Monroe’s ties to the Kennedys and the mafia on Book Circle Online which is a part of Afterbuzz TV which is owned by reknowned celebrity TV host and hollywood icon Maria Menounos.

In 1998, Carmen was the subject of a tv biography titled “Jeanne Carmen: Queen of the B-movies”, on the series E! True Hollywood Story. The show stated that Carmen maintained a “dangerously close friendship with Marilyn Monroe and the Kennedys” and that after the death of Monroe, Carmen was told to leave town by chicago mobster Johnny Roselli who was working for chicago mob boss Sam Giancana. Carmen, believing her life was in danger, fled to Scottsale, Arizona, where she lived incognito for more than a decade. Carmen abandoned her platinum blonde locks, had three children and lived a quiet life, never mentioning her prior life in hollywood.

check out this amazing interview at this link