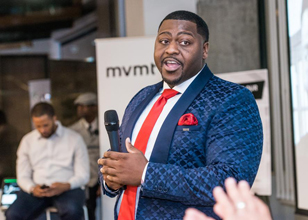 – In an age when you can get nearly anything delivered to your doorstep, and when boxed subscription services such as Blue Apron and PopSugar have become household names, it was only a matter of time before subscription boxes for clothing would seem practical instead of odd, and experience massive growth.Now dozens of companies are clamoring to have a piece of the fashion subscription box pie – and nearly all of them are achieving some level of success – whether it’s small start-ups like Nadine West that cater to women only or Silicon Valley giant Stichfix, which just had a major IPO.Yet virtually no one has addressed the most obvious need in the industry: a clothing service tailored for just big and tall men.Nearly every single study ever published, including those from the Center for Disease Control, agree that American men are getting larger every year. To illustrate this point, consider this: the average American man has a waistline of 40 inches, yet it’s unusually hard to find a variety in fashionable men’s clothing with more than a 38-inch waistline.To this point, it seems hard to believe that this market is only now truly being served, and first to market is a small, Austin, TX-based company called Maximus Box. (Clients can choose from three different subscription levels starting from $ 69 a month and stylists at Maximus Box then pick out and mail the clothes and accessories.)Founder Wes Riddick says his own personal struggles with finding fashionable clothing for big and tall men were validated with research and Twitter surveys that summarized that half of all men and women in the plus-size category report difficulty with the shopping process, in terms of sizing and fit.They would also prefer their clothes to be reasonably priced, and online shopping rates are typically too high in this category, according to the research and survey."I’m a big and tall man myself, but don’t want to be relegated to ill-fitting or unfashionable clothes," Riddick says."Far too much of the big and tall clothing available was too boxy or had a lumberjack look that just doesn’t appeal to me. I figured I couldn’t be alone in this, so I created Maximus Box and offer fashion-forward clothing at low prices," says Riddick.For more information, visit https://maximusbox.com/