Washington, D.C. native and actor Ernest Blair cast to portray the legendary Chuck Brown in the upcoming film “Take me to the go go” 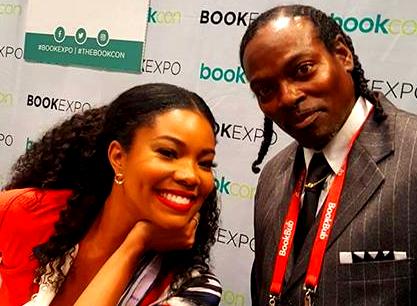 ENCINO, Calif. – June 17, 2017 – PRLog — Washington, D.C. native and actor Ernest Blair cast to portray the legendary Chuck Brown in the upcoming film “Take me to the go go”. Washington, D.C. is an unsung launching pad of talent.  Actors such as Regina Hall, Taraji P. Henson, Clifton Powell, Redd Grant, Corey Hawkins and now Ernest Blair.  Blair auditioned two years prior to the announcement of the film. Blair is a fan and Chuck Brown was one of his idols. Amazon Indpendent believes the film will attempt to give the Washington, D.C. people a sense of pride, compensate for the unsung genius of talent, render recognition and respect.

Legends such as Maxx Kidd, Chuck Brown, Daryll Brooks, Gregory Sugarbear” Elliott, Rare Essence, Peter Dean, Miss Mack and Little Benny will be portrayed. If the late Chuck Brown created go-go, Trouble Funk ran with it.The pioneering group took Washington’s percussion-heavy neighborhood sound worldwide, touring overseas and releasing major-label albums throughout the ’80s. But by the end of the decade, it became clear that go-go would remain a predominantly local phenomenon but this movie will change that. The Go-Go scene retrenched, with bands continuing to draw massive and loyal audiences, until rapid gentrification began to twist the cultural fabric of the District.

The world will smell and taste life in Washington, D.C. under Marion Barry, summer jobs, The Washington Redskins and the community of the DMV. The film will be produced in 4k digital and Dolby sound.