You are here: Home / Misc / AdviceFromLouis Takes Comedy Up a Notch on Instagram with a Viral Post Even Felines Would Love 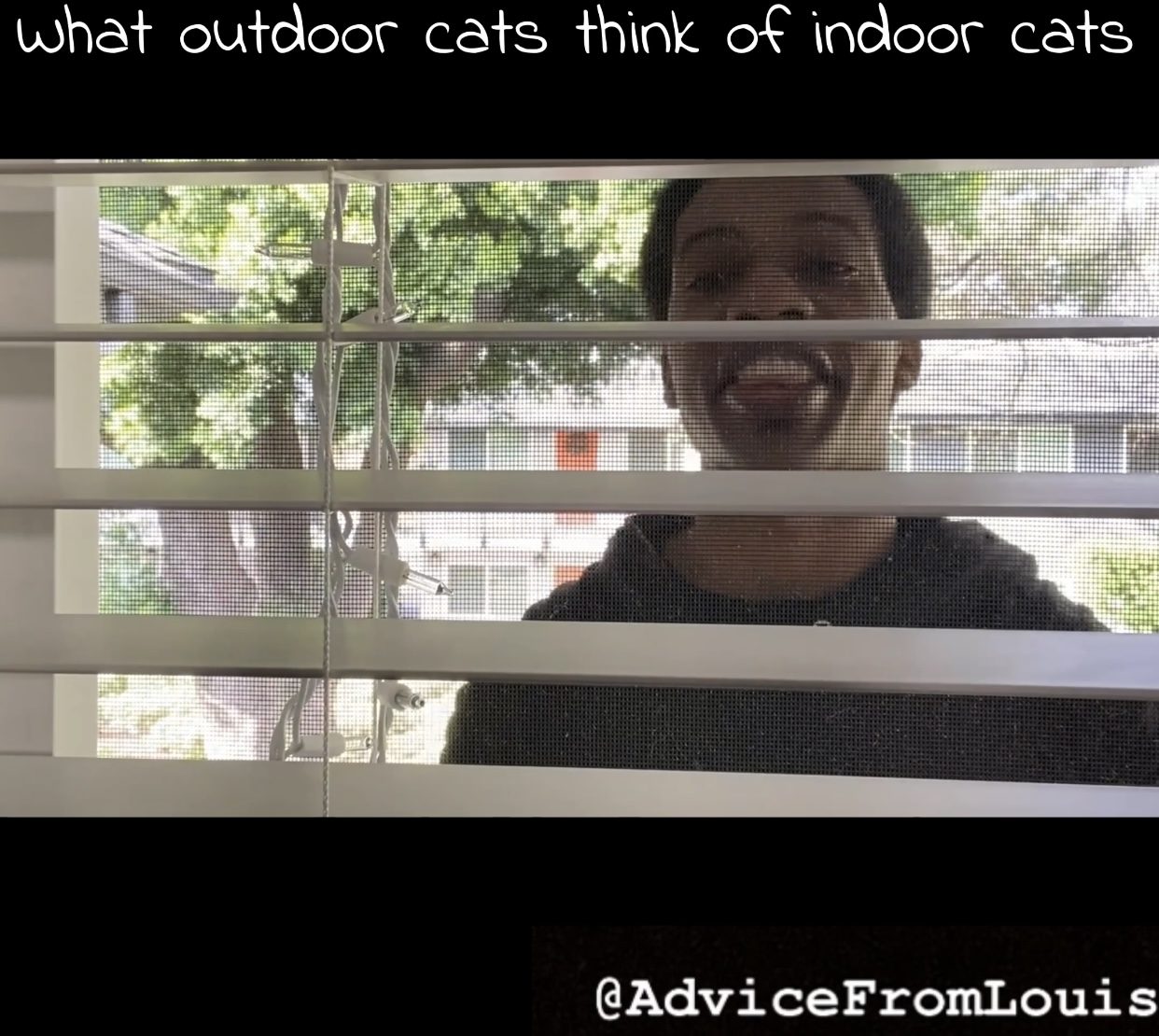 Corona, CA — (ReleaseWire) — 02/04/2021 –A one-man-show redefined, the AdviceFromLouis “What Outdoor Cats Think of Indoor Cats” video just hit over 500k Instagram views and 50k likes. The brainchild of funnyman Louis Plummer, the viral post is a regular backstage pass to two cats’ hierarchy; one’s indulged, and one’s a bruiser. The post is written, produced, acted, filmed, and edited by the star entirely on his own to introduce a new style of comedy into the zeitgeist. Playing all the parts and getting all the laughs, this 24-year-old former Marine has bumped into an entertainment niche suited for the masses. AdviceFromLouis fans say the videos make their days better. It makes one think, “What could be ‘better’ than that?”

Plummer said, “I’ve always had a very creative mind so, social media is the perfect outlet for me. When I got injured in the Marine Corps, I went into sales, but COVID-19 changed everything. Spending time at home, I was inspired by other comedians on social media who did their production themselves. So, I started spending over twelve hours a day editing my videos and, it’s paid off. I gained 7,000 followers over ten days on Instagram, and I’ve never looked back.”