You are here: Home / Travel / 3 Things to Know Before Ride-Booking a Car 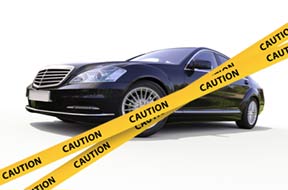 (NewsUSA) – If you were some innocent fleeing a terrorist attack, would you expect to be charged four times the normal cost of a car ride?
Alas, that’s what happened to some Uber passengers last December when the “off the charts” demand for a quick escape from anywhere near the 16-hour siege at Sydney, Australia’s Lindt Chocolate Café automatically triggered the controversial “surge-pricing” that Uber and other ride-booking services also employ here in the U.S.
Even some of the app-based companies’ (former) biggest fans say that’s just a fancy term for price gouging. “#Neverforget, #neveragain,” read the hashtags celeb Jessica Seinfeld used in Instagramming a receipt for a whopping $ 415 Uber fare during a recent New York snowstorm. And so many lawmakers across the nation have their own pro-consumer reasons for wanting to crack down on the industry — lesser players include Lyft and Sidecar — that you’d almost think the very idea of summoning a ride on a smartphone was Evil Incarnate.
It’s your call, but here’s what you should know before booking one of those cars:
* Your driver may not have been thoroughly screened. Newspapers have reported numerous cases of ride-booking drivers arrested for allegedly raping or assaulting passengers. But efforts to subject the newbies to the same rigorous background checks as taxi and limousine drivers — akin to a “Not Welcome” sign for lowlifes — have been fought by all three services.
“Background screening is a public safety issue,” says Gary Buffo, president of the National Limousine Association (www.limo.org). “Competition is a good thing, but everyone needs to play by the same rules.”
Uber, for one, has touted what it calls its “industry-leading (vetting) standards.” But that claim took a hit last December when prosecutors in California alleged, as part of a consumer protection lawsuit against the company, that their drivers weren’t being fingerprinted — thus making its criminal checks “completely worthless.”
* Good luck suing if you’re injured. Some ride-booking services allow drivers to carry personal, rather than commercial, insurance. (Hey, they use their own cars.) Testifying at a recent City Council hearing in Buffalo, New York, Kristina Baldwin, of the Property Casualty Insurers Association of America, called that a “serious insurance gap.”
* Surge pricing can be a shocker. Uber did reimburse Sydney riders after getting skewered by the media. But New Year’s Eve revelers in New York City, learning a lesson in supply and demand, apparently had no such luck. “The most expensive eight minutes of my life,” the New York Daily News quoted one angry passenger.

More about:
Top 15 questions to ask before hiring plumbers