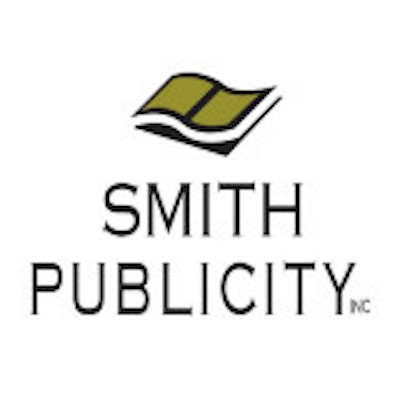 Based on observations of over 3,500 book publicity campaigns his firm has implemented, Smith has identified some of the most common mistakes that have derailed efforts to secure media coverage and expand awareness of a book.

“Too many authors go into book promotion with a lack of understanding of what’s involved, what they’ll need to do and have unrealistic expectations,” says Smith. “Book publicists are of course key, but authors are also an integral part of a campaign, and can either help or hurt a publicist’s efforts.”

Smith has identified what he calls ‘the seven deadly sins of book marketing:’

1. Sloth
“There is no place for laziness or indifference in book promotion,” says Smith. “To be effective, campaigns require authors with energy, passion and determination.”

Smith adds, “Lazy authors who expect things to just happen will have books that languish at the bottom of Amazon rankings.”

2. Pride
“Every author – even household names – has to inevitably deal with negative reviews, harsh critiques and potentially ego-busting comments,” says Smith. “Authors need to leave their egos aside. Rather than enjoying the release of their book – which may be a once in a lifetime event – they’re bound for unhappiness and disillusionment if they don’t.”

He notes that authors should go into book promotion knowing not everyone will like their book and, and that regardless of what happens, they need to stay focused and on course.

More about:
Telefonica will be Speaking at SMi’s Inaugural Social Media in the Telecoms Sector Conference

3. Envy
Smith says it is common for authors see others on national shows or major publications and become envious, creating major problems for book publicists.

“Envy serves no purpose in book marketing and author promotion,” notes Smith. “The key is to learn from what you see or read involving authors and books, and try to emulate what other authors are doing successfully.”

4. Lust
Smith believes there are several ways lust can come into play in book marketing, but sees the most common as lusting for fame.

“This happens when authors become so enthralled with media exposure that the book becomes secondary. It can evolve into a near addiction for accolades and for coverage such as national TV,” notes Smith.

5. Gluttony
In its purest form, Smith sees gluttony as the insatiable desire to ‘consume’ as much major publicity as possible, and never being satisfied.

“Book publicity is like a seven course meal,” he notes. “You start slowly, testing the waters, then move onto the next course.”

“Don’t demand all seven courses be delivered to your publicity table at once. Enjoy the entire experience of the meal, be patient, and understand that at some point, it will end.”

“Once greed starts, it is almost impossible to control,” says Smith. “Greed may work on Wall Street, but it bankrupts book promotion.”

More about:
How to Protect Your Data in a Connected World

“Authors should reflect gratitude and thanks for the good things that happen, and not get consumed with greed.”

7. Anger
Over his twenty years in book publicity, Smith has seen anger manifest in many forms.

“We worked with an author who received a bad review of his book, and then drove 300 miles to confront the reviewer in her office,” says Smith.

He notes a story that recently caught significant media attention about an author who targeted a Goodreads reviewer in an essay, and essentially ruined her literary career by doing so.

“Authors should understand that they are opening themselves up for scrutiny, and are actually inviting it,” notes Smith.