You are here: Home / News / Decoupling from China 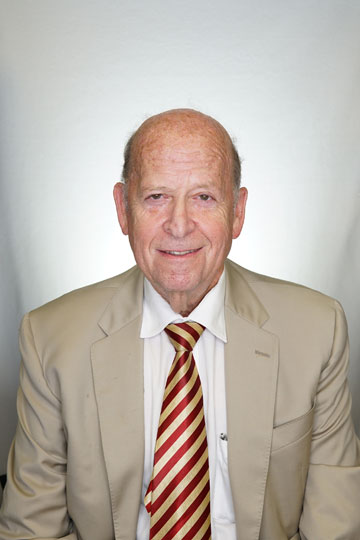 -We do not know what will come out of the meeting between President Trump and Xi Jinping at the G-20 on June 28, but the signs are ominous. The state-promoted anti-American propaganda blasting U.S. "bullying" on trade and the resurgence in Chinese nationalism stoked by Xi Jinping augur poorly for successful trade negotiations with China. And any deal made by Trump is likely to be attacked by Democrats as too weak, so Trump at this point has little incentive to make a deal with China before the 2020 presidential election.My prediction is that China will not drop its equity caps and intellectual property theft, and will not stop subsidizing all of its state-owned enterprises. As a result; we will see acceleration of the decoupling of China from the United States, in other words, a reversal of the economic integration and interpenetration that has taken place between these two economies over the past 20 years. So let us examine the implications of the decoupling of China from the United States.The first area to consider is trade. The IMF has estimated that if the United States were to impose 25 percent tariffs on all Chinese imports, and China were to retaliate, the trade volume between China and the United States would drop by 70 percent. So there would clearly be an initial "trade shock."The question here is whether the U.S. can find other low-cost suppliers. The answer is yes. We have seen that suppliers such as Vietnam have stepped up their exports to the United States, and other Asian countries and Mexico will also try to fill the role of low-cost supplier to the U.S. market. Vietnam has gained an estimated 7.9 percent of its gross domestic product from new business created by the U.S.-China trade war.The next largest gainer is Taiwan, with 2.1 percent of its GDP added as a result of the U.S.-China trade war needed from other countries supplied by China.In summary, if the Trump tariffs were to remain in place, there would undoubtedly be an initial "trade shock," and some dislocations. Over time, however, the United States would gradually shift its import sources to lower- cost suppliers, and would substitute rare earth minerals from other countries. So, with regard to trade, China is replaceable.The second area is investment. Chinese direct investment in the United States dropped 84 percent from 2017 to 2018, from $ 29.4 billion to $ 4.8 billion. The U.S. government, will further limit Chinese investors through national security reviews. Meanwhile, U.S. direct investment in China has stagnated at $ 26.9 billion, with the annual growth rate dropping from 11 percent to 1.5 percent in 2018. U.S. investment will increasingly take place in other low-wage Asian countries such as Vietnam and Taiwan, and Mexico. Moreover, the lowering of U.S. corporate tax rates on January 1, 2018, from 35 percent to 21 percent will discourage direct foreign investment by U.S. enterprises, and make the United States a more promising place to invest than China. Therefore, if the Trump tariffs remain in place, China can be largely replaced over time by other countries as an investment target.Last month, the Trump Administration restricted sales by U.S. companies to Huawei, the Chinese telecommunications champion. This measure will force Huawei to develop its own versions of chips and operating systems to replace those that it now obtains from the West. And last week the Commerce Department imposed new export controls that will effectively bar five major Chinese supercomputer developers of next-generation, high-performance computing from obtaining U.S. technology. The Commerce ban on exports to the major Chinese supercomputer companies, along with the Huawei ban, will promote the decoupling of the two countries’ tech supply chains. Therefore, it is likely that separate operating systems will be set up for telecommunications, supercomputers, and the Internet.China holds an estimated $ 1.1 trillion of U.S. government bonds. Some have warned that if China decided to dump U.S. dollars, U.S. interest rates would soar and the U.S. economy would implode. China’s holdings, however, are not a particularly large proportion of the roughly $ 22 trillion total of U.S. government debt. Furthermore, China has already sold $ 221 billion in long-term Treasuries since early 2015, with no harm done to the U.S. capital market.We are entering a new phase of increased Chinese assertiveness. China is now challenging the United States for global supremacy, while the U.S. Government distrusts Chinese intentions and sees China as a predatory competitor and an adversary. The global consensus based on liberalization is likely to be replaced by rival trading blocs. This may not be a desirable development from the standpoint of the United States and the global economy, but it is the most important geopolitical event of our era. Decoupling from China, while painful for both countries, would be preferable to a real war with China, the likely alternative.*Bart S. Fisher is an attorney in Washington, D.C., and co-author of International Trade and Investment: Regulating International Business.